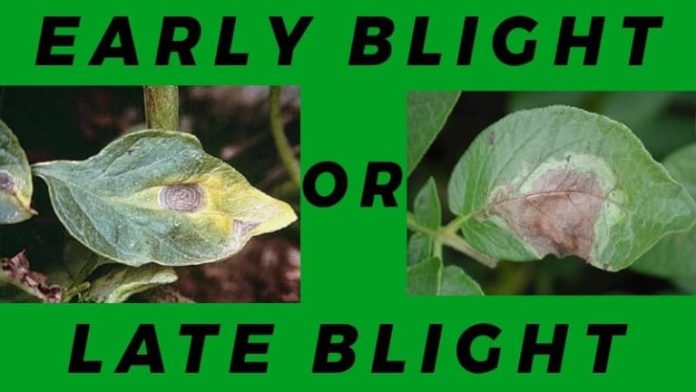 If you’ve ever had a garden, chances are you’ve had to deal with some sort of plant disease. There are all sorts of plant diseases out there, each with their own set of symptoms, causes, and prevention methods. Today, we’re going to be talking about early blight vs late blight.

What is early blight?

Early blight is a type of fungal disease that commonly affects tomatoes and potatoes. The fungus that causes early blight, Alternaria solani, thrives in warm and humid conditions. Early blight can cause the leaves of affected plants to turn yellow or brown and eventually fall off. The fruit of affected plants might also be discolored or have dark spots on them.

How to prevent early blight?

There are a few things you can do to prevent early blight:

Late blight is caused by a fungus-like organism called Phytophthora infestans. This organism thrives in warm, wet conditions and can spread rapidly in humid weather. The spores of this organism are spread by wind and rain, and they can also be transported on clothing or shoes. Once the spores come into contact with a suitable host plant, they germinate and release zoospores that penetrate the plant’s surface.

How to Prevent Late Blight

There are several things you can do to prevent late blight from infecting your plants.

Comparisons at a glance

Several factors might make your plants more susceptible to these blight infections. So, take care of your plants.